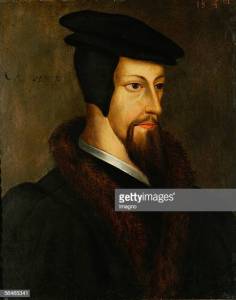 An evening Bible study with some friends turned into an intense discussion recently. Sparks flew. There was the potential for unpleasantness, but no one said anything they would have to apologize for later. It ended just the way a discussion among Christian brothers and sisters ought to. Still, there was lingering discomfort afterward.

During our discussion, after I proposed there might be other ways for people to come to Christ besides hearing the gospel from a believer, Ben disagreed and went on to say that salvation is a sovereign act of God. Some are chosen, others aren’t. Those in the latter category are created only for punishment. 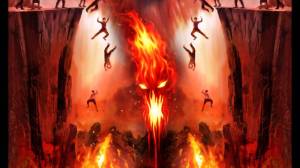 Ben quoted Scriptures to support his statements, some of which are enough to give chills to people half a mile away (I will include them here). After the discussion ground on to an impasse and I went home, I felt a profound disturbance, as I have in the past when confronted by certain points of Calvinist doctrine. There are Scriptures that seem to support such views. But because I haven’t done the hermeneutics on many of the pivotal verses, I am susceptible to a certain heaviness whenever I look closely at them. This time, I decided to roll up my sleeves and examine the Scriptures and, as a secondary measure, the philosophy behind Calvin’s ideas.

First, some definitions and disclaimers. Although my perspective was called “blasphemy” by Ben, I didn’t take offense. I would have had less respect for him if he had mumbled something under his breath and changed the subject. I’ve had enough contact with mealy-mouthed people to keep me on a diet of Pepto Bismol for the rest of my years.  Ben’s forthrightness wasn’t tribal or arrogant. He is passionate. He appears to have strong convictions and to understand the importance of defending Biblical truth.

The elements of Calvinism can be laid out in a familiar acronym:

P – Preservation of the Saints

In the Calvinist view, the phrase “total depravity” is often interpreted to mean “As bad as we could possibly be.” But this doesn’t seem to match up to the picture of fallen humanity. In spite of our moral depravity, human beings have the fingerprint of God inside them. We have the ability to do both good and evil and possess an inborn conscience that informs us of right and wrong. Paul spoke about this:

…since what may be known about God is plain to them, because God has made it plain to them. For since the creation of the world God’s invisible qualities—his eternal power and divine nature—have been clearly seen, being understood from what has been made, so that people are without excuse. -Romans 1:20 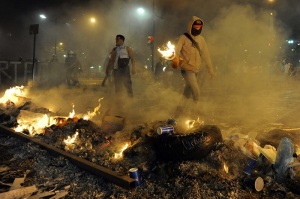 However, our ability to know and do good is continually tainted by our inclination to wickedness, which might as well be “total depravity” given the mess we’ve made of our job as stewards of the planet. Even when we manage to do some good, our motives are either mixed or altogether narcissistic. The imprint of the Creator inside us is common grace, giving us a glimpse of heaven and slowing the process of corruption. But unfortunately, the better part of our nature cannot possibly change our situation meaningfully. Hence, our need of a Savior.

Scripture teaches that God seeks sinners rather than the reverse. Whether that seeking is all God’s sovereign work or whether the outcome is partly dependent on our cooperation, I wouldn’t know what to call it besides “unconditional.” Any condition placed on our salvation would take us out of the running. We deserve death, not redemption. Grace is called unmerited favor, and the description is accurate. Look at some examples of saints in history:

John Newton heard the call of God as he was piloting a boat with Negro slaves chained in the hold. Newton’s human cargo languished below decks in filth and rotting disease. A percentage of them always died on the way to market, but he was always paid handsomely for his work. Newton was fortunate that God opened his ears when he did. 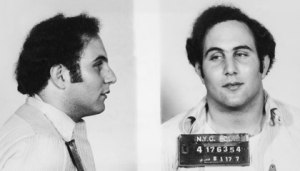 David Berkowitz (“the Son of Sam”) was heavily involved in Satan worship and possessed a seething rage against humanity that inspired him to slay several innocent people on the streets of Brooklyn. Miraculously, he received Christ while serving several life sentences in prison.

The thief on the cross was a career criminal who heaped insults on Jesus while he was dying on a cross next to Christ. But inexplicably, he had a change of heart and was spared eternal punishment after he asked Jesus to remember him.

If God is willing to exert miracle-working power to save people like this, it’s a stretch to say there are conditions. In the Calvinist sense, “election” means God has set a person apart to be saved. When the time comes, God sort of scoops him up through no choice of his own, as though with a great fishing net. The alternative view is that Christians are chosen by foreknowledge, not fiat.

If this is true, it means some are created hopeless, born into damnation. Adam and Eve’s sin (transferred into their account because of federalism) sentences them to eternal punishment before they are even conceived in the womb. Since they aren’t chosen to receive grace, they exist merely to choke on the fumes of the sin they are helpless to avoid ― and, in the next life, to be roasted on spits for a billion eons. If this is the way of things, they might as well go straight from the womb to the fire. This presents a view of God that many find to be at odds with the scriptural picture of a loving Father.

This point holds that the salvation of the elect is a unilateral act of God’s sovereignty. But does God’s sovereignty trump his other attributes, such as love and gentleness? And what of free will? Isn’t that the only thing that explains why a loving God would allow evil to exist? What else could justify permitting the wreckage of sin on the earth?

Furthermore, if God is willing to unilaterally save some by overpowering their independent wills, why not use his sovereignty at the start, before fallen humanity had a chance to smear ruin and misery across the planet? If human free will isn’t vital, why allow us to put such a horrific scar on God’s beautiful creation, dragging the animals along on our orgy of destruction? Why would any of it be tolerated for a moment by a God who detests sin? Why, unless our free will is bound up in our identity as image-bearers, with the ability to freely embrace Christ and become a family of loyal, trusting children of God?

Toward the end of our discussion, Ben affirmed his agreement with the most troubling point of Calvinist doctrine ― Limited Atonement ― by quoting Romans 9:22: “What if God, although choosing to show his wrath and make his power known, bore with great patience the objects of his wrath ― prepared for destruction?” He doubled down with a 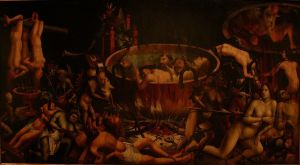 mention of the preceding verse, “Does not the potter have the right to make out of the same lump of clay some pottery for special purposes and some for common use?” (Rom. 9:21) Naturally, yes. But if God deliberately fashions some of us into hopeless objects of punishment, it can’t help but alter my perception of God’s character. These aren’t exactly lumps of clay, after all. They are human beings, each possessing mind, will and emotions. Each has an eternal spirit that (if they aren’t given an opportunity to repent) will suffer horrific pangs of sorrow and regret, the anguish of remembrance and everlasting desolation.

I confess that I tend to give more weight to Scripture’s negative messages than the positive ones, in spite of the fact that there are far more of the latter. It’s my Achilles’ heel. But this time, the heaviness of the Romans verses actually raised the specter of doubt about my own salvation. If God disposes of human souls so offhandedly, how can I trust that he is concerned enough about mine to make sure I get over all the gauntlets and arrive safely home? It seems to me I’ve made a dismal showing after so many years in the faith. I’ve cursed him, resisted him, lived for years harboring sin with my eyes wide open 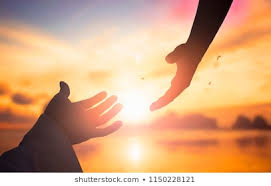 . Partial rebellion is rebellion, period. Just ask King Saul (1 Sam. 15). If anyone has reason to believe Christians are brought into the kingdom “kicking and screaming,” it’s me. I’ve gone through many protracted, excruciating trials. But after everything, there is still no Plan “B.” Jesus remains my only hope ― the Son of God and the Savior of the World.

In the follow-up to this article, I will examine answers to the Calvinist perspective. Stay tuned.

I am a freelance writer by trade, philosopher and comedian by accident of birth. I am an assiduous observer of humanity and endlessly fascinated with people, the common elements that make us human, what motivates people and the fingerprint of God in all of us. I enjoy exploring the universe in my search for meaning, beauty and friendship. My writing is an extension of all these things and something I did for fun long before I ever got paid. My hope is that the reader will find in this portfolio a pleasing and inspiring literary hodgepodge. Good reading!
View all posts by Douglas Abbott →
This entry was posted in Uncategorized and tagged Arminian, Arminianism, Calvin, Calvinism, death, eternal punishment, everlasting torment, free will, God's wrath, grace, hell, judgment, mercy, predestination, redemption, salvation, sin, suffer, T.U.L.I.P., the second death, TULIP, wrath. Bookmark the permalink.