You have to wonder how some people ever get to wear the robe ― and, by the same token, how a framed piece of paper on the wall inspires such confidence in people.

I pondered all this recently when I read about an 18-year-old Texas youth named Ethan Couch, who was tracked to Puerto Vallarta, Mexico by U.S. Marshalls after he absconded from justice to avoid the consequences of a probation violation. Couch, as a 16-year-old, drove drunk in 2013 and lost control of his truck, sliding off the road and into four pedestrians, who were standing on the shoulder repairing a flat tire. All four were killed.

The judge in the case, Jean Boyd, sentenced Couch to a stint in rehab and 10 months of probation. Though no rationale could satisfactorily explain such a sentence for killing four people in their prime, one factor sheds some light: Couch’s actions were the product not of simple negligence and poor choices (which are, of course, punishable in a court of law), but the product of “affluenza,” according to his psychologist, Gary Miller, who testified in his behalf and went on to explain that Couch also “grew up in a house where the parents were preoccupied with arguments that led to a divorce.”

The term “affluenza” was coined in the late 1990s by Jessie O’Neill, but has been used to describe children ― generally from richer families — who “have a sense of entitlement, are irresponsible, make excuses for poor behavior, and sometimes dabble in drugs and alcohol,” explains Dr Gary Buffone, a Jacksonville, Florida psychologist.

But Buffone explained in a telephone interview that the term wasn’t meant to convey deprivation or to justify misbehavior. “The simple term would be spoiled brat,” he said.

If only Dr. Buffone’s perspective were more common. Psychologist Miller used the “affluenza” label as though it were a debilitating psychological disorder (although it hasn’t yet been recognized as such) and argued that his client wasn’t fully culpable for plowing into four pedestrians at 70 mph. This is a man who is well-paid and considered an expert.

It’s interesting to note that sob stories dispensed by the Gary Millers of the court system usually look in the other direction for excuses. That is, they normally argue that a criminal defendant should be treated leniently because of a difficult upbringing, not a comfortable one. But Miller is clearly a visionary, with an eye to the future.

Couch’s lawyers, following the “affluenza” line of reasoning, argued that, “because of his privileged upbringing, he was not able to fully understand the consequences of his actions.” And if our judges keep coddling people like Couch, we can be sure it’s only going to get more difficult for legal offenders to understand law and order and legal consequences.

I expect to read about lawyers dispensing all kinds of doublespeak in defense of their clients. It doesn’t even usually anger me anymore when I hear the famous catch-all justification: “Every defendant is entitled to the best defense money can buy.” Well, actually, no. They are entitled to a legal defense, not a smoke-and-mirror show. Nevertheless, theatrics abound, and judges have adjusted their bearing accordingly. 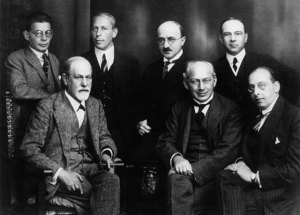 But psychologists are still recognized in society as experts on human behavior, people who have ascended to the very pinnacle of the social sciences and are thus worthy of our utmost trust. We are told we may confidently place our hearts and souls in their hands and expect to find ourselves on the road to healing. Moreover, we believe these educated people can provide illuminating testimony in courts of law, helping us better understand the intricacies of human motivation and how to sort out the issues of fault and personal responsibility.

My question is: why?

After all, psychologists have nothing to contribute when it comes to assigning responsibility; to the contrary, they have perfected the art of blame-shifting. If you boil down most of the clinical “disorders” in the DSM V (Diagnostic and Statistical Manual, 5th Edition ― the psychologist’s “Bible”), you will find a handy scapegoat for all kinds of antisocial behavior, and it is usually some supposedly physiological affliction the patient has no control over.

There is even a term for this ― “medicalization,” which has been defined as “a process or a tendency whereby the phenomena which had belonged to other fields like education, law, religion, and so on have been redefined as medical phenomena.” Before we started playing this game, “medical” issues were problems whose origins were strictly physiological, and whose solutions, therefore, involved going into the body with instruments, procedures, salves and pharmaceutical agents to fix the issue. Actually, all that still applies. Now, however, we have vastly increased the number of so-called “medical” issues and dispense drugs to “fix” them (say hello to Big Pharma), thereby advancing a whole pseudo-industry of treating the newly minted disorders.

The DSM is where all this “medicalization” is legitimized, with the latest round having just been presented in the DSM -5, about which critics (including psychiatrists and psychologists) have asserted:

Many DSM-5 revisions or additions lack empirical support; inter-rater reliability is low for many disorders; several sections contain poorly written, confusing, or contradictory information; and the psychiatric drug industry has unduly influenced the manual’s content. Various scientists have argued that the DSM-5 forces clinicians to make distinctions that are not supported by solid evidence, distinctions that have major treatment implications, including drug prescriptions and the availability of health insurance coverage.

All this was predicted and, in fact, was already happening when a group of concerned mental health practitioners collaborated on the book Destructive Trends in Mental Health: The Well-Intentioned Path to Harm, which was published in 2005 and explains, from an insider’s perspective, the derailment of the industry. The book discusses the industry-wide surrender to political correctness and liberal dogma and its resulting disconnect from the process of empirical validation of theories, procedures and practices. The authors discuss how changes in managed care decimated psychology’s independent solo practice, leaving too many therapists with too few patients. According to one of the editors, a lifelong practitioner and activist, the industry has responded:

…by labeling an increasing number of ordinary persons as patients. This is a pseudoeconomic expansion of a shrinking base, and seems to have temporarily hoodwinked third-party payers and even the legal system. Seemingly well-meaning and perhaps unconscious, this subterfuge follows a simple formula: first you devise a treatment, and then invent a “syndrome” requiring that treatment. Once the syndrome is in the [DSM], insurance and government reimbursement follow. (Wright-Cummings, p. 88)

The DSM I was published in 1952 and listed 106 disorders. Now, half a century later, the DSM-5 lists more than 300 disorders and has managed to so outdo itself in chicanery that a large group of mental health organizations have revolted and circulated a petition for an outside review of the manual.

As if all this isn’t bad enough, psychologists like Gary Miller push into uncharted territory by inventing new maladies even beyond the DSM-5 ― and manage to dupe judges (educated people in their own right) in the process.

Are there wise, helpful psychologists? Of course. Does psychological research give us insights into processes and patterns in human thinking, motivation and emotion and learning? Yes (where empirically sound research exists). But for purposes of finding and applying remedies for human ills, psychology was of scant value even before liberalism stripped it bare. How Christians were sold on the idea that some problems require professional help is a mystery. Such a conclusion is not only an undue compliment to psychology, it is a denial of the completeness and authority of Scripture. The Creator of the human soul “has given us everything we need for life and godliness, through our knowledge of him who called us by his own glory and goodness.” (2 Peter 1:2). Even if you aren’t a believer, listen to the sad conclusion of Nicholas Cummings: “[P]sychology and mental health have veered away from scientific integrity and open inquiry, as well as from compassionate practice in which the welfare of the patient is paramount.” (Wright/Cummings, p. x iii) If this had happened because of human error and limitations, it would be one thing. But instead, it has been foisted on us cynically because of greed, corruption and conformism. The profession of psychology should be relegated to the back of the funny pages along with the horoscopes. 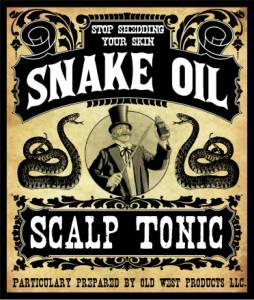 This is more than simple heartbreak for a blog writer who has a background in psychology (BA from the University of Alaska Anchorage) and who has worked for several years in the mental health field. It is an appeal to sanity and the love of our fellow Americans. The snake oil that has ruined people like Ethan Couch and the entire mental health system has brought down the whole of American culture with it.

I am a freelance writer by trade, philosopher and comedian by accident of birth. I am an assiduous observer of humanity and endlessly fascinated with people, the common elements that make us human, what motivates people and the fingerprint of God in all of us. I enjoy exploring the universe in my search for meaning, beauty and friendship. My writing is an extension of all these things and something I did for fun long before I ever got paid. My hope is that the reader will find in this portfolio a pleasing and inspiring literary hodgepodge. Good reading!
View all posts by Douglas Abbott →
This entry was posted in PC Awards and tagged affliction, affluenza, Big Pharma, disorders, DSM, DSM - 5, Ethan Couch, Gary Miller, insurance, medicalization, mental health industry, personal responsibility, psychiatry, psychology, victim stance. Bookmark the permalink.

2 Responses to Psychology: Snake Oil for the 21st Century