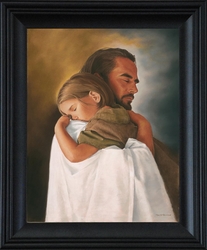 From God to Us

Some would argue that not everyone seeks friendship from God. What about atheists? What about people who just want God to leave them alone to live their lives the way they see fit?

First, I don’t believe there are any honest-to-goodness atheists.This is revealed by more than just our intuitive instinct (we’ve all heard the accurate observation, “There are no atheists in foxholes.”). Those who claim to be atheists often give themselves away. I once watched an interview with Richard Dawkins, a famous atheist and scientist who explained that the reason he didn’t believe God exists is because the Bible presents a God who is “cruel, imperious, tyrannical, petty, self-absorbed…” and a hundred other nasty adjectives that he ticked off with considerable anger in his voice. He didn’t stop for a second to question how he could be so emotionally invested in a being who doesn’t exist. Furthermore, he supported his rejection of the idea of a supreme being solely on the Bible’s depiction of God, revealing how significant he considers Scripture to be. If the Bible is wrong about the existence of God, how can it in the same breath provide a reliable basis for unbelief? Either its assertions are valid or they are not.

With regard to the people who believe in God but just want to be left alone, most of these people carry bitterness (whether or not they express it) over the state of affairs in the world. Everyone bristles at injustice and cruelty, which find their way into every life sooner or later. Our anger at these things indicates a moral objection in spite of our denial of God. If God doesn’t exist, what is the basis of our objections? Are we angry that random events turned out badly for us? How can we rail against God

for the moral ruin in the world? Our cries are an indictment of someone or something that has failed to oversee this world and the creatures in it. Our plea for peace, justice and order is both a statement of belief in God and a quest for his friendship. After all, if we don’t consider God a friend to us, on what basis would we expect him to act in our behalf? The improvements we desire cannot be demanded on any legal or philosophical basis. Our appeal to God’s morality (“He created this, so he has an obligation to fix it.”) is disjointed. We say out of one side of our mouths that God is a cosmic psychopath to have permitted this disaster, but out of the other side, we demand that he step up to his moral responsibility and do what is right. Either he possesses morality or he doesn’t.

All this illustrates how easy it is for us humans to blame others for our woes. We have all felt the anguish of loss and the sting of betrayal. However, we have also been guilty of our own wretchedness. It’s easy to look at the world and say, “God’s not doing a very good job.” But every person who says this has contributed immeasurably to the mess he condemns, both by omission and commission.

If we ever come to an honest reckoning with all this, we are left with only three choices (apart from the irrational, postmodern view, which recognizes no law, no logic, no unyielding parameters, no consistency or order of any kind. I will not entertain such a view). So our three choices are:

1) Conclude that God doesn’t exist and make the best out of the chaos that remains.

2) Conclude that God exists but is either a) powerless to change things or b) unmotivated to do so. This is almost a variation of the first option in that we are left to our own devices.

3) Conclude that God exists and is both motivated and able to change things, but is restricted by our sin and unbelief. This is the message of Scripture, and it puts the ball squarely in our court. In other words, God has provided us with every opportunity in Christ to be reconciled to him and make the best of things here (2 Peter 1: 3-4). Every bit of the shortfall springs from our own sinful bent, which we must reckon with.

From Us Toward God

Some would say it is impossible to be a friend to God. After all, in spite of all the unbiblical mush being troweled out by proponents of the Affection Gospel, God doesn’t court us because he is a lovesick parent. His pursuit of us is motivated by our crucial need for him, not the other way around. We’re the lovesick ones.

God is three persons, each of whom enjoys the perfect, eternal love of the other two members of the Trinity. Imagine having a friend who never disappoints you, never forgets about you, always treats you with warmth and kindness, knows you perfectly, is never absent and always gives selflessly? This is the kind of friendship God has enjoyed in the community of the Trinity forever. Imagine the conversations that have rung through the heavens over the aeons!

God is all-powerful, all-knowing, all-wise and wholly self-sustaining. He cannot be injured, requires no sustenance and has no needs of any kind. His pursuit of relationship with us can only be for the purpose of giving.

So God doesn’t need our friendship. But does he want it? And what does it mean to be a friend to God? Paul, in his treatise on Christian living, exhorted us to “Rejoice with those who rejoice; mourn with those who mourn” (Romans 12:15). A sharing of experiences, a common path and a shared identity. This is the bond Jesus forged with his incarnation, by which he joined the family of man. It was strengthened by his crucifixion, which erased all possible doubts about the purity of his motives. It was completed by his resurrection, which affirmed his Deity and hauled us into the heavenly realms as though by a great rope tied about his waist.

Once hooked onto that rope, we come into the bittersweet calling of the elect: to share in Christ’s limitless resources — and in his sufferings. The first half is God’s friendship toward us; the second is ours toward him. Not that he needs it, or that it provides something he lacks. Everything humans have accomplished for God with centuries of toil, God could do in a moment with an administrative sweep of his arm. Here again, God’s employment of men is for their benefit, that we might participate in his glory.

So what exactly constitutes friendship toward God? Suffering in humility and faith in deference to Christ. Such friendship is of great worth, not so much because of the pain we must endure but because of the purity of faith required to pull it off. Faith, in the words of Peter, “is of greater worth than gold, which perishes even though refined by fire” (1 Peter 1:7). To trust and obey in the face of horrific suffering, without any material return, in the presence of mockery but in the absence of visible evidence. This kind of faith is scarce in the world. Job displayed it when he said famously, “Though he slay me, yet will I trust him” (Job 13:15). It was possessed by various unnamed people in Hebrews 11, “who shut the mouths of lions, quenched the fury of the flames, and…routed foreign armies. Women 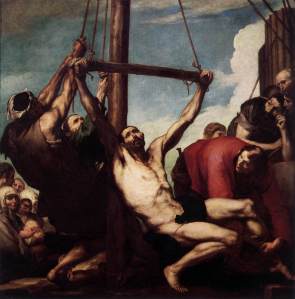 received back their dead, raised to life again. There were others who were tortured, refusing to be released so that they might gain an even better resurrection. Some faced jeers and flogging, and even chains and imprisonment. They were put to death by stoning; they were sawed in two; they were killed by the sword. They went about in sheepskins and goatskins, destitute, persecuted and mistreated — the world was not worthy of them. They wandered in deserts and mountains, living in caves and in holes in the ground” (Hebrews 11:33-38).

Scripture tells us Abraham was actually called “God’s friend” (James 2:23). How does one manage to achieve that designation? With rare faith and close identification with God. Most of us know the story: God tells Abraham to sacrifice his only son, Isaac. He obeys. This is

startling enough, even from the comfortable distance of many centuries. But Abraham’s assignment actually foreshadows the crucifixion of Christ. Isaac was to be slain in the land of Moriah, not far from where Jesus was led to his death 2,000 years later. It was as if God asked Abraham, “Will you come with me, even if it costs you everything?”

God asks the same question of us today. Though the West is drowning in cheap grace and grotesque distortions of Christianity, the call still goes out.

I am a freelance writer by trade, philosopher and comedian by accident of birth. I am an assiduous observer of humanity and endlessly fascinated with people, the common elements that make us human, what motivates people and the fingerprint of God in all of us. I enjoy exploring the universe in my search for meaning, beauty and friendship. My writing is an extension of all these things and something I did for fun long before I ever got paid. My hope is that the reader will find in this portfolio a pleasing and inspiring literary hodgepodge. Good reading!
View all posts by Douglas Abbott →
This entry was posted in Uncategorized and tagged belief, calling, crucifixion, faith, friend, friendship, gift, giving, God, grace, heaven, identification, Jesus, love, lovesick, partner, relationship, sacrifice, sharing, suffering, trust, truth. Bookmark the permalink.