I don’t expect you to believe what I’m about to tell you. I’m still not sure what to make of it myself. But there is no denying the reality of what happened. My family has been breeding donkeys for generations, and after word got out, many of my uncles and cousins made special trips to my house (from many miles away) just to visit the colt. So have several of my neighbors. No one can remember encountering such an enchanting animal.

“Abigail” is average in size and strength, but everything else about her is remarkable. She has a rich, chocolate-brown coat of hair that covers her body like a flawless tapestry. Here and there, perfectly placed spots of creamy white break up the expanse of brown. The brightest of these is a large, oval patch that encircles her mouth. She has the most soulful eyes I have seen on any animal ― or human, for that matter. When she faces you directly, her ears swiveling with animation, you can’t help but reach out and give her a stroke. And if you have an apple in your hand, I challenge you not to cut a slice or two off to share with her. Most people can’t resist. The little scamp eats better than most of the people around here. It’s almost worth going hungry to see her receive bites of fruit. When the treats are offered to her, she extends her head gently, her ears cupped forward. Her nostrils flare in anticipation and her lips pull back to reveal perfect, strong white teeth. Then she plucks the bite of fruit from the person’s hand with the utmost gentleness. No one ever reports getting nipped. Not for a long time now.

It used to be different.

The day the colt came out of her mother, slick and wobbling on almost comically long legs, I knew there was something unusual about her. Her ears twitched strangely whenever people came near her. She was only two weeks old when she bit me for the first time. All I had done was to try to put a rope around her neck to lead her to market. I planned to put her up for sale that day, but after she bit me, I thought it wise to wait until she was more acclimated to people. I could imagine a buyer smarting from a fresh bite, shaking his head and offering me a paltry sum.

But instead of getting used to people, the colt seemed to grow even more hostile toward anyone who came near her. The only exception was feeding time, for which she would permit people to approach her as she stood near the manger expectantly. We worked with her night and day to no avail. It wasn’t as though she was afraid of us ― she was just ornery.

After a month had gone by, I began to be alarmed. I couldn’t sell an incorrigible colt without taking a loss, and yet I needed the money desperately. There had been a drought, and the price of hay, straw and grain had risen substantially. Meanwhile, I was obliged to keep feeding a beast I should already have sold for a good sum. Worse, I couldn’t use her for packing, or even to ride. She wouldn’t let anyone near her. Hence, she had never been ridden, not even once.

“You just need to show that animal who’s boss,” my wife complained one morning.

“I’ve tried,” I said, showing her an ugly scar on the heel of my hand. “I don’t have the heart to flog her. It just doesn’t seem right.”

After the conversation with my wife, I considered selling the colt at a loss. It seemed the only sensible course of action. So the following morning, with the help of my two assistants and a length of rope, I managed to get the colt from the barn out to the street, where we tied her up. I thought perhaps a passerby might make an offer for her.

That afternoon, I came home after being away for most of the day on errands, dismounted and handed the reins to Matthew, my steward.

“Unsaddle my donkey, feed and water her, then put the supplies in the barn,” I said unceremoniously. I was tired and ready for a bite of food.

“Wait a minute,” I started. Matthew turned, and I thought there was a guilty flush on his face.

Matthew didn’t reply. Instead, he suddenly became interested in something on the ground.

“Matthew! Where is my colt?”

Finally I learned that Matthew and my stable hand had permitted two strangers to walk up, untie the colt and make off with her. Their justification was that the men had told them, “The Lord needs it.”

“‘The Lord needs it?’” I mimicked angrily. “Do you know how many months’ wages that animal was worth? What on earth possessed you to do this?!”

Matthew just shrugged miserably. I threw my hands up, exasperated, and headed for the house. I had half a mind to string him up by his ears. Then I heard the unmistakeable sound of hooves hitting the packed earth of the street. I turned to see what was making the noise.

It was the colt, which I was sure I’d never see again. Even more astonishing, she was cheerfully bearing the weight of a full-grown man, who presently jumped off and drew the rope back to stop her. I winced, thinking I was going to see him get bitten for his trouble. But the colt just stopped and stood there, peaceful as could be, her ears swiveling at the street sounds. I couldn’t believe it.

“The Lord thanks you!” The stranger said heartily.

Then, in a rush of comprehension, it dawned on me. “The Lord” had to be the man called Jesus. The question of why he had needed my colt suddenly seemed to be of no consequence.

I still hadn’t made up my mind about the Nazarene. I listened to the stories about healings, assorted miracles, his sermons (which were like nothing anybody had ever heard before, by all accounts) and even a man being raised from the dead. I couldn’t help but take such outlandish tales with a grain of salt. As far as I knew, only two resurrections had ever taken place (as recorded in Scripture), and they had both happened centuries before.

I grew particularly skeptical when people called Jesus the Son of God. For that, there was no basis in Scripture that I knew of. A man, the Son of God? It didn’t make sense. Moreover, none of the Jewish authorities believed he was the Messiah. In fact, they called him a blasphemer and a troublemaker. The only thing that prevented me from chalking him up as a charlatan was the adoration of all these commoners for him, plus the stories of the miracles.

Then I got my colt back.

I wouldn’t have believed it was even the same animal except that, physically, she was identical to my colt. Her coat had exactly the same rich brown color, interspersed with the same creamy white spots, including the oval about her mouth. However, that was where the similarity ended. The colt that I got back looked the same, but she never bit anyone again, not even so much as to give a warning nip to a rambunctious boy. She has the calmest disposition I have ever seen in a donkey, or any other kind of animal, for that matter. She positively loves people. Whenever any of the family members approaches the lower section of the house where the animals are kept, she trots over enthusiastically to visit with them, whether it’s feeding time or not. She is always quiet and gets along well with the other animals.

We decided to keep her, which wasn’t an easy decision to make because of the money involved. But I’ve never regretted doing it. She has served faithfully under the heaviest loads. After she became part of the family, my daughter, Isobel, named her Abigail.

The day after we got her back, it hit me: it was Jesus. He was the missing piece in all this. The timing couldn’t have been a coincidence. Whatever happened to the colt, it

happened while she was carrying him into Jerusalem.

Some of my cousins were at the entrance to the city that day. They saw the Nazarene come in riding on a donkey’s colt. They were very specific about this. They said it was the most incredible thing they’d ever seen in their lives. Hundreds of people came out to the city gates singing, clapping, shouting and throwing palm branches into the street. It was quite a ruckus.

I’ve always been a down-to-earth man. If I can’t see it and touch it, if it doesn’t make a real difference in my life, I don’t pay much attention to it. It still seems strange that it was a donkey that finally convinced me we had seen the Messiah. I never got to meet Jesus ― it was only a few days later when we heard the news about what the Roman soldiers did to 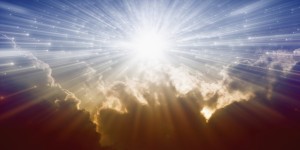 him. As awful as it was, I can’t believe that it’s the end of the story. And having that donkey around ― well, it’s almost like Jesus never went away at all.

Something tells me he’s going to turn up again.

I am a freelance writer by trade, philosopher and comedian by accident of birth. I am an assiduous observer of humanity and endlessly fascinated with people, the common elements that make us human, what motivates people and the fingerprint of God in all of us. I enjoy exploring the universe in my search for meaning, beauty and friendship. My writing is an extension of all these things and something I did for fun long before I ever got paid. My hope is that the reader will find in this portfolio a pleasing and inspiring literary hodgepodge. Good reading!
View all posts by Douglas Abbott →
This entry was posted in Faith, Miracles and tagged believe, donkey's colt, Jerusalem, Jesus, miracles, palm branches, Palm Sunday, riding, Savior, transformation, triumphal entry. Bookmark the permalink.

2 Responses to The Colt