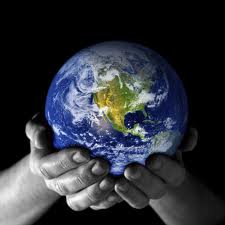 “If our hearts condemn us, we know that God is greater than our hearts, and he knows everything.” –1 John 3:20

I’m saying goodbye to the latest spiritual/emotional trough. This last one was so severe that I could accomplish nothing beyond my absolute obligations for several weeks. It was a time of paralysis, like apathy with fangs. I’ve never felt anything like it in terms of intensity, while the basic experience is familiar. I’ve come to accept periods of intense discouragement as normal, which seems to take some of the bite out of them.

I hesitate to call these episodes depressions. I have come to dislike the word, since it is too often used as a catchall justification for sloth and irresponsibility. I have actually used it as such in the past. The issue of emotional lows is not inconsequential; these emotional states cause many other problems that are serious in their own right: relationship stress, degraded work performance, and forfeited opportunities of all kinds. It can kill a person’s Christian testimony. Who feels drawn toward a God whose servants seem to be miserable?

Since I believe the Bible has solutions for all human ailments (though my behavior isn’t always consistent with my beliefs) I have sampled all the doctrinal/dogmatic approaches to the problem of depression. I have spoken with counselors who believe depression is a biological event that is impervious to non-medical remedies. On the other end of the spectrum are celebrated authors who write that the Christian who suffers from depression is essentially languishing in unbelief and spiritual laziness. These claim that resolute trust and Christian zeal will scatter any depression like the sun melts through a thin cloud cover. The Power of Positive Thinking school tells us “You choose how you feel.” A spiritually focused variation on this principle promises that the emotional disturbance will pass if the sufferer will simply worship God and meditate on scriptural truths.

There are pieces of truth in all these perspectives, although none of them is consistently reliable; there are depressions that withstand every remedy, scriptural or otherwise. However, those who hold the sufferer responsible for his own problem with depression are right to do so. Chronic depression is essentially an entrenched habit of negativity and self-pity. However, that does not mean that eliminating these morbid dispositions will remove the emotional disturbance. Lifelong depressives usually find that their black moods have taken on a life of their own. The worst part is that the state of hopelessness has usually been introduced during a traumatic period (often in early childhood) when despondency was a reasonable reflection of the person’s dismal circumstances. These are lies that once looked like the truth, now buried so deep in the psyche that the person is often unaware of them. And even when he is aware of them, it takes something extraordinary (some would say an act of God) to dislodge them and replace them with truth. In this scenario, hopelessness has become the default setting — familiar and even comfortable. As bad as the self-perpetuated anguish is, it is a known quantity, whereas coming out of the cave raises the prospect of unknown terrors. This person’s greatest foe is his habit of negative

thinking. His inner being is clenched in a defensive posture that not only causes the emotional disturbances but is in turn perpetuated by black moods in a spiral of self-destruction that can snatch defeat out of the sunniest of situations.

To be sure, most chronic depression is an outgrowth of self-pity and victim stance, and only a change in attitude can effect a lasting remedy. But this is easier said than done. Sometimes during profound storms, the best I can do is to confess in the midst of it that my whole posture of bitterness and defeat is a distortion, that God is not responsible for my suffering. I often say this out loud, even as my emotions churn darkly inside me. Once that acknowledgement has been made afresh, it is easier for me to see that God’s truth will prevail over my storm, just as his truth penetrated at the inception of my faith, when I had no previous experience of him.  Now I am leaning fully into God. Finally, I have to choose to unfold myself from the fetal position, which is excruciating when I’ve spent days, sometimes weeks, smoldering on the ground in a puddle of bitterness. These three steps—confess, trust and walk—are the formula I have learned to stay out of prolonged, destructive depressions.

I went through these steps just yesterday from a position of renewed humility, desperation and need for him. I marveled at how quickly my energy and creativity returned. I had been crawling through life like a deflating balloon, but now, after a bit of intense prayer, I had rebounded in every way. The discouragement was gone, and I reflected that God is indeed the source of all life.

I am a freelance writer by trade, philosopher and comedian by accident of birth. I am an assiduous observer of humanity and endlessly fascinated with people, the common elements that make us human, what motivates people and the fingerprint of God in all of us. I enjoy exploring the universe in my search for meaning, beauty and friendship. My writing is an extension of all these things and something I did for fun long before I ever got paid. My hope is that the reader will find in this portfolio a pleasing and inspiring literary hodgepodge. Good reading!
View all posts by Douglas Abbott →
This entry was posted in Discouragement and tagged anguish, bitterness, blackness, blues, defeat, depression, despair, despondency, discouragement, doubt, hopelessness, negativity, sadness, storm, troughs, unbelief, valley, victim stance. Bookmark the permalink.