A sharp-eyed reader took issue with “Boy Scout Brouhaha.” It seems Skids Grofsky’s brother, Scraps, had plenty to say about the issue and put it all down in an e-mail to the Muse. Some of what was said sheds some new light on the whole dilemma about whether we should allow gays to participate in mentoring and leading boys. However, let readers draw their own conclusions. Here is Scraps’s letter, along with my response: 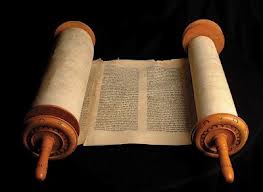 I read your article, “Boy Scout Brouhaha,” and it is not so much a debate as a polemic in disguise. As to religion vs. practicality, I have to disagree. The defense of the Scout’s homophobic exclusion of gays is defended by reference to the Old Testament, not practical arguments. Those arguments were attempted and failed miserably. The notion that gays were more likely to be pedophiles was immediately discounted as pure crap since the vast majority of child molesters are non-gay men. As to the private organization, that argument was made for Rotary and summarily rejected. The Scouts are not a private drinking club: they are an organization that was created by Federal Law (a rare Federal corporate charter), treated as a non-profit meaning they pay no taxes and by their own admission train future community leaders. The motivation is clearly the irrational religious beliefs of closed-minded individuals who, for a variety of reasons, feel threatened by gays. As to irritating, it was not—it was merely the same foolish claptrap that the anti-gays have been peddling for years. As for tradition, this country had slavery from its inception in 1776 until the Emancipation Proclamation in 1864 and the Civil Rights Act in 1964 and thousands of court cases when states and organizations tried to avoid both. The idea that tradition should rule is ludicrous at best. Should we still penalize shooting

squirrels from the backs of street cars and stop making roads through cemeteries (Los Angeles and Anchorage, respectively)? Should we return to slavery, no vote for non-landowners or women?  I think not. So, I have to disagree with you about the effect of religious zeal to try to “rehabilitate” gays by denying the same treatment as others. What you choose to believe is your own private domain;  what you insist others believe or when you discriminate against others because they fail to share your beliefs is definitely not. “Sermon” for the day. 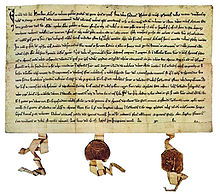 I didn’t try to pass the article off as an objective debate. Some might call my end of the exchange knocking down a straw man, but then I don’t ever hear much substance in the arguments from your side (if the shoe fits…). However, I did concede that many (probably most) gays want to be involved in the Boy Scouts for good reasons, and I was glad to be corrected about the organizational nature of the Boy Scouts (a federal charter). This makes a great deal of difference in the argument.

I’ll take things point by point. First, “polemic” is exactly how I would describe your characterization of the Scouts’ exclusion of gays as “homophobic.” Those who use polemic arguments are intransigent regardless of the facts. It’s easy to argue from a crystallized point of view; you never have to re-evaluate your points. The old standby for those of the liberal persuasion is to call conservatives “homophobes,” presumably because it is their strongest argument, even though it is usually speculation and always an ad hominem dig that doesn’t get at any of the issues involved. By using that term, you are claiming to be inside the head and heart of everyone who has a conservative viewpoint on gay rights, which is nonsense. Could it be that some people may actually have honorable reasons for advocating the exclusion of gays from the Boy Scouts?

I’m not gay and have no fear of gays. If I am propositioned, I politely and gently turn the man down. If he persists, I get more pointed, but at no time do I lose my view of the person as a human being worthy of respect. This is an important point. People get so charged up on this subject that they start to see “bogeymen” everywhere. Gay sympathizers see homophobes everywhere. No doubt there are homophobes among us, but there can’t be anywhere near as many of them in existence as what is imagined by many in your camp. There are, in

fact, people (I am one) who do not want to offend or insult but are dismayed at how the political process has been hijacked by popular special interests. As a corollary, do not assume that everyone who is against letting gays do and have whatever they want is taking up the cause for religious reasons. I really think that all the important arguments have nothing to do with religion, unless you are talking about the religion of secular humanism, which is behind a lot of this kind of bleeding heart stuff.

For the record, I am not at all “threatened” by gays. I have no children I might have to keep out of the Scouts because of that organization’s political cowardice and do not have to worry about a son getting sodomized by a scout leader who thought he had his sex drive under control. Which brings me to the next point: how can anyone call it unfair to keep gay men out of the Scouts’ leadership when the very same potential problem is the wise basis for keeping men out of leadership positions in the Girl Scouts? But of course, healthy heterosexuals cannot claim they are an oppressed minority, so they have no basis for complaining about discrimination. Are you beginning to see that discrimination is actually a necessary protective function in society? There is unjust discrimination, but gays do not fall into that category. They have a whole segment of society wrapped around their finger and, as is human nature, are running with it. Most of them probably do not realize they are making unjust demands.

As to your contention that “the vast majority of child molesters are non-gay men,” I can only say that this is irrelevant since you didn’t specify “per capita.” Gays constitute a small minority of the population at large, so to

measure their proportional contribution to the problem of child sex abuse, we have to look at per capita numbers. I tried to do that in my research, but what we have here is two groups of people on opposite sides of the issue, both saying they have the statistics on their side. It is such a muddled issue that unless we can be there personally gathering and processing the data, we are left at the mercy of other researchers who say this and that. It’s all come down to a game of “You’re wrong.” “No, you’re wrong,” etc. I tend to believe the researchers I quoted because of what has been revealed about homosexual culture. Here again, you didn’t make any comment about some pretty damning stuff that was pulled out of their own literature! The stuff in those books and magazines is as anti-social as you can get. Where is the outcry against this material by the gay community? If they are really as wholesome as they would like us to believe, they should be tarring and feathering their own for putrid sludge like this. Did you read the whole article?

Finally, I know perfectly well that I have no right to tell others what to believe. However, when it comes to public policies that affect everyone, this argument is non-sequitur. Homosexual groups, according to their own writings, are engaged in an attempt to infiltrate mainstream culture through education and print media. They have said they want to convince society at large that sex with children is good and natural. How does my opposition to such an agenda make me a bigot for wanting to keep gay men from mentoring children? Call it profiling, but I’d rather not take my chances on whether a gay man has been influenced by popular homosexual culture. Even if you don’t believe this kind of thinking describes homosexual culture at large, why are we to believe that there is some egregious evil in conventions that impede gays on some points? Why stop at those conventions? Perhaps we should examine every convention and law afresh. Who are we to make laws forbidding people from having fourteen wives or engaging in sex with animals? It is claimed by some that we should only make laws against things

that are harmful to others. But how can we really know where “harmful” ends and “not harmful” begins? There is a huge gray area. Even with all our sciences and big brains, we know precious little about cause and effect. So try not to be so hard on people who may be a little overzealous about protecting children.

Consider this my “back atcha” sermon.

I am a freelance writer by trade, philosopher and comedian by accident of birth. I am an assiduous observer of humanity and endlessly fascinated with people, the common elements that make us human, what motivates people and the fingerprint of God in all of us. I enjoy exploring the universe in my search for meaning, beauty and friendship. My writing is an extension of all these things and something I did for fun long before I ever got paid. My hope is that the reader will find in this portfolio a pleasing and inspiring literary hodgepodge. Good reading!
View all posts by Douglas Abbott →
This entry was posted in PC Awards and tagged Boy Scouts, culture, discrimination, exclude, exclusion, gay, hiring practices, homophobe, homophobia, homosexual, homosexuality, lesbian, organization, policies, political correctness, politics, private, rights, ruling, sexual orientation, Supreme Court, tradition. Bookmark the permalink.