I realize the White House has always enjoyed the added leverage of its “Bully Pulpit,” but until this morning, no U.S. president has ever had the chutzpah to lecture the US Supreme Court on its duty. In a press statement issued this morning, the Justice Department “urged” the high Court to recognize the dignity of homosexuals (or some similar brain-dead platitude) as it renders a decision in the matter of the California same-sex marriage case that is before it. Perhaps the president is hoping the rest of us are so ignorant that we won’t notice the Justice Department’s flagrant violation of the separation of powers. This is like the Supreme Court telling the president to veto a bill coming out of Congress. But it gets worse; the Justice Department even went so far as to instruct the Supreme Court on the constitutionality of the gay-marriage ban in half a dozen other states. Whether it is effrontery or mere posturing on the part of the Justice Department is irrelevant; who actually lectures the Supreme Court on the Constitution with a straight face? God help us if this kind of clown theater becomes a regular feature of the political process. If we keep graduating kids without teaching them about the Constitution, in 10 years Joy Behar will be sending out stern recommendations to the High Court, followed by yammering protests from the left when her dictates aren’t followed.

In the flap over gay marriage, activists have been clamoring for change and invoking states’ constitutional guarantees of equal treatment under the law as justification for their assertions. It is likely that such guarantees will lead to more extensions of social benefits to gay couples. No matter how repugnant some may find the idea of state-approved gay partnerships, they will almost certainly continue. The U.S. is no theocracy.

Now, however, the Justice Department is invoking our federal Constitution in a push to nationalize gay marriage. The gay rights movement is seeking more than simple tolerance. Marriage-rights proponents are not merely demanding that they receive the same civil rewards as heterosexual couples; they want their unions to be officially recognized as marriages. Here is where the gay-marriage argument runs out of road. While there is some constitutional justification for equal civil privileges for gay couples, there is none for equal recognition of gay partnerships as “marriages.”

Unlike civil privileges (tax benefits, employer health benefits, etc.), conferment of the term “marriage” on gay partnerships does not proceed from the law and hence cannot be demanded on constitutional principles. The term “marriage” derives its specific meaning from the religious, historic and traditional foundations of the institution. There is no provision in any state constitution guaranteeing equal treatment by religion, history and tradition. Similarly, the “separation of church and state” principle cannot justify redefining a term to appease activists since, again, the etymological and cultural meaning of marriage doesn’t flow from the law. In fact, altering the term “marriage” to include gay partnerships can be seen as a violation of the “wall of separation” principle, since marriage derives its 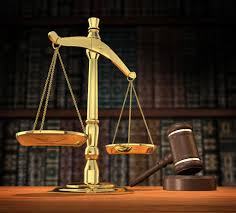 historic meaning from its religious underpinnings. Hence, the state is reaching into the domain of religion in its attempt to remake the institution of marriage.

The civil facet of marriage attached itself to the institution many centuries after it came into being so that the law could manage the practical problems associated with it, such as property disputes and child custody. It did not create or name the institution. Perhaps that is why many states have enacted “Defense of Marriage” amendments to legally uphold its traditional meaning.

The Declaration of Independence articulated a core philosophy in shaping our government: our leaders derive their authority from the consent of the governed, with the caveat that in a Constitutional Republic (like ours), the ultimate authority is the Constitution. That leaves the Supreme Court no say in the matter, since calling gay unions “marriages” may not be demanded on constitutional principles. The only recourse for federal reform is to amend the Constitution. Short of that, each state will have to hack out its own course on marriage.

Unfortunately, judges, being human, are susceptible to seeing things in the law that aren’t necessarily there. They are faced with the difficult task of interpreting the meaning of laws that were worded and set down by people who are long dead. We have no way of knowing exactly what the Founding Fathers and long-departed Congresses had in mind when the Constitution was created and amended. This is the job of judges. As if the process of creating case law weren’t muddled enough, our federal judiciary is largely free from accountability for its actions, and the Supreme Court has none.

While gay-marriage proponents rail against “bigotry,” proposals for gay civil unions don’t deny any substantive facet of partnership to gays; they are simply trying to protect the spiritual meaning of an institution they hold sacred, and there is strong justification for their assertions: marriage belonged to the Church centuries before it belonged to the government and secular society. The will of traditionalists should prevail since constitutional provisions have no bearing on the issue. The argument has nothing to do with couple’s health insurance, pension plans or any other material benefit. The dispute is strictly about conferring religious and cultural approval upon homosexual partnerships.

The only way to achieve a just compromise on this issue is to separate lifelong partnerships into two categories: secular civil unions (both homosexual and heterosexual) to be performed and managed by the governing authorities; and traditional marriage, performed and managed by churches. Surely members of each camp will be unhappy with such a compromise. However, compromise is the dynamic of politics in a population as diverse as ours. It is the tool that created a nation out of a handful of far-flung colonies. It is the only thing that will enable us to come to resolution in the matter of gay partnerships.

I am a freelance writer by trade, philosopher and comedian by accident of birth. I am an assiduous observer of humanity and endlessly fascinated with people, the common elements that make us human, what motivates people and the fingerprint of God in all of us. I enjoy exploring the universe in my search for meaning, beauty and friendship. My writing is an extension of all these things and something I did for fun long before I ever got paid. My hope is that the reader will find in this portfolio a pleasing and inspiring literary hodgepodge. Good reading!
View all posts by Douglas Abbott →
This entry was posted in Marriage and tagged civil unions, Constitution, culture, Defense of Marriage, employer benefits, gay, gay marriage, health benefits, homosexual, homosexuality, lesbian, lesbianism, marriage, partnerships, religion, religious, tax benefits, the Church, tolerance, tradition. Bookmark the permalink.