I love it when someone commits an offense against me. I’m not being facetious. I was pedaling my Gary Fisher in the rain this morning when it hit me: interpersonal offenses are opportune moments in a relationship. When someone does something to me that is disrespectful or injurious, it places me in a position to make a connection with the person that would ordinarily take months or years. All I have to do is respond with grace and forbearance.

The primary impediment in human relationships is lack of trust. The general discord that plagues us is more a product of suspicion than deliberate mischief. If we could see others’ motives, we would have more friends and enjoy better relationships with them. But as it stands, true friends are rare. The relationships we form with our friends usually take a long time to develop since most people, having been hurt before, tread delicately to protect themselves. However, when someone who has been hurt comes back with kindness, there can be no more doubts about that person’s motives or intentions. The goodwill is unquestionably genuine. It quickly clears the way for trust. 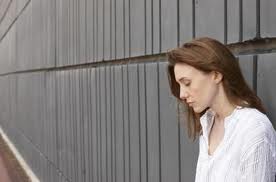 We live in a cynical age. Every one of us has grieved over the difficulty of gaining the trust of another person. Even when our motives are benign, our efforts are often received as ingratiation. Our impassioned appeals to others’ humanity can slide off like vapor. And why not? The whole world operates on the lowest common denominator. Many cynics behave as though altruism were nothing more than a motivational fable for kindergarten students. But truth is merely endangered, not extinct as so many suppose. If the cynic would dismiss his bitterness for a day, he would see examples of it sprinkled all around him.

I once made friends with a parrot by letting him bite me. He didn’t know me, so he wasn’t taking any chances. But after I still hadn’t moved my hand or changed my posture after several passes, the bird stopped biting me. Ten minutes later, he let me pick him up and hold him with nothing but a bit of fussing. He relaxed in my lap for an hour without a twitch.

When we realize that we have hurt another person, most of us expect some kind of protest, and often retaliation. Even if there is none, we expect that our offense has created a rift of some kind. Forgiveness is unnatural. The law of eye-for-eye and tooth-for-tooth is a universal principle.

Years ago, a friend and co-worker of mine found himself in a prickly position when he got me in trouble with our manager for some breach of duty on my part. John had carelessly related the details of the event to another employee, and the incident eventually got back to the manager. After the dust settled, I was presented with a write-up for my actions. Everyone who has worked in a Union house knows that write-ups are serious. You can usually be fired if you get two or three write-ups within a year’s time. Beyond the fact of my own fault in the matter, John’s carelessness had caused me real injury.

After he found out what had happened, John approached me sheepishly to apologize. He had been a Union worker for many years, and he knew perfectly well what he had done. His face was covered with shame and remorse. I’m sure he expected me to light into him or, worse, simply look at him and walk away.

However, I was listening to the Holy Spirit that day. God was telling me that this was my chance to display the character of Christ to this man. I had identified myself as a Christian on several occasions, but professions of faith are easy to dismiss, and I suspect John had been hurt by people who called themselves Christians. I sensed in him a contempt for hypocrisy and pretense, which, unfortunately, are displayed in Christians just like everyone else. Now I had an opportunity to show John what love really looks like. And because of his actions—and the momentary humility it had produced in him—I had his full attention.

“Hey, Doug. Listen, I’m really sorry, man. I didn’t mean to get you in trouble.”

I looked up at John. I could see he felt awful. I put my hand out for him to shake.

“John, it’s okay. Really. I know you weren’t trying to burn me. It was an honest mistake. Forget about it.”

John just looked at me for a second to see if I was brushing him off. I smiled and held his gaze to show him I wasn’t angry.

John shook my hand without saying anything else, but I saw a flicker of recognition in his eyes. (We are still friends to this day.) He had encountered something that is quite rare in our world—grace. And it wasn’t me he was meeting that day. It was Jesus, who had prompted me to seize this moment for the eternal value it held. I didn’t realize the significance of what was happening until later. But God did.

Jesus, after all, was a gentleman. He was kind to everyone. He returned insults with calm appeals to truth. When his closest friends fell asleep on him during his darkest hour in the Garden of Gethsemane, he gave them a mild rebuke: “Watch and pray so that you will not fall into temptation. The Spirit is willing, but the flesh is weak” (Matt. 26:41). Then he took the worst beating that has ever been administered in human history. He asked God to forgive his executioners while they were still driving the spikes into his wrists. In the wake of his crucifixion, the depraved beneficiaries of his sacrifice—all of us—continue to darken his counsel and mistreat others. But when we come to him with contrition, he always puts his hand out and says with a wink, “Forget about it, friend. I already took care of it.”

I am a freelance writer by trade, philosopher and comedian by accident of birth. I am an assiduous observer of humanity and endlessly fascinated with people, the common elements that make us human, what motivates people and the fingerprint of God in all of us. I enjoy exploring the universe in my search for meaning, beauty and friendship. My writing is an extension of all these things and something I did for fun long before I ever got paid. My hope is that the reader will find in this portfolio a pleasing and inspiring literary hodgepodge. Good reading!
View all posts by Douglas Abbott →
This entry was posted in Forgiveness, Friendship, Grace, Kindness, Love, Trust and tagged altruism, connection, cynicism, distrust, forbearance, forgiveness, friends, friendship, goodwill, grace, human, humanity, kindness, love, mistrust, nobility, patience, relations, relationships, suspicion, trust. Bookmark the permalink.