I nearly drowned when I was four. I remember that it was a warm summer day. Life was still so simple and magical then. Those early memories come back in gauzy bursts, like sun-drenched bits of footage from 1950s films of family barbeques in the back yard. myWhen you’re that young, experiences are incredibly real and sharp. Everything that happens leaves a significant imprint on your soul.

The reason I was there at the pool that day was that my mom had taken a job as a receptionist to help my family make ends meet. That meant Erica and I spent our days at a facility that was part of the Montessori school we attended later. There were classes for the various age groups. The facility had extensive grounds, with a large field for ball games—and a swimming pool.

The day all this happened, I was with my class, which was gathered by the pool dressed in swimsuits, clutching towels. We were waiting to be told we could get in the water. I was both passive and small for my age. I suppose I wasn’t yet aware of the reality that there are aggressive people everywhere, and that sometimes they can’t simply be ignored. Meanwhile, being very small and not a natural fighter to begin with, I wasn’t well equipped to deal with aggression from others. 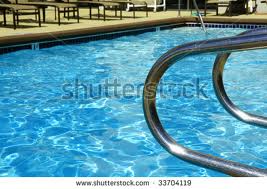 When it happened, I was standing near the pool. I had one hand on the railing as I daydreamed, looking around at the bees and soaking up the sun. Then I became aware that one of the other boys was approaching me. There was something menacing about the way he was walking toward me. I knew intuitively that he intended to push me into the pool. I didn’t know how to swim; I only went in the water with an adult or a much older child.

The boy, who was a known bully, bore down on me. I had no one to help me, since most everyone else, including the teacher, was a good forty feet away, by the doors leading into the building. There were plenty of sights and sounds to camouflage his actions. As he got closer, I grabbed hold of the railing with everything I had. But he was larger and stronger than I was, and I felt the bar slipping out of my hands. As he pulled me toward the water, I realized with terror that he was going to succeed in throwing me into the water. Sure enough, as soon as I had lost my grip on the railing, he heaved me straight

into the deep end of the pool.

As I sank into the water, the sounds of frolicking children were suddenly muted into dull echoes. I tasted chlorine and felt a stinging in my nasal passages. I saw my own breath rise toward the surface in an ascending swell of white bubbles. Everything around me was greenish-blue and indistinct. The sun had diminished into a distant puddle of light above me. The light played about the

surface of the water in murky ripples. I was utterly alone. I felt far removed from the others. Then, suddenly, I felt a gentle concussion and heard a muffled splash. I felt someone’s arms grab hold of me. The light grew brighter as I was hauled toward the surface of the water.

I don’t remember actually being pulled out of the water. My next memory is of being on my feet looking up at Mrs. Alexandria, the teacher who had pulled pool duty that day. She was yelling at me. She may have thought I had broken the rules and jumped into the pool on impulse. Or she may have been angry in general and directed it towards me. It’s the kind of thing that happens all the time, but for some reason, this event was particularly traumatizing for me. The experience stamped a hard message into me: You can’t win. I was besieged by powerful rogues on one side and unsympathetic authority figures on the other. What do you do when there’s no one on your side?

I have to set out a disclaimer here. I believe that American society has overemphasized the value of introspection, self-esteem, the examination of childhood experiences and so on. I firmly believe that the biggest hindrance to our health and happiness is our self-centeredness. However, self-absorption can be intensified by negative life experiences. When people are hit by naked injustice, it leaves a mark. These events often incorporate lies into our world view that become part of our basic operating system. Sometimes we have to examine our experiences in order to refute the lies that got stamped into us.

I talked recently about these things with a trusted friend. Anne, who is a licensed counselor and medical doctor, firmly believes in the practice of examining the distortions left by traumatic events. I don’t spend a great deal of time looking at my past, but I have come to the conclusion that the greatest tool against the lone-wolf syndrome is truth. If you put truth on top of a lie, it will simply slide off if the lie is built into the bedrock of formative experiences. Hence, there is a legitimate reason to discuss childhood traumas.

As I was telling the story to Anne about the near-drowning, she suggested we pray and ask God to reveal himself in the middle of this. As I began praying, I realized that the event had caused me to internalize several fundamental untruths:

1.   You are responsible for your own survival regardless of your age or means.

2.   Authority figures are unconcerned about your problems.

3.   The strong can defend themselves, but the weak have no one to stand in for them.

There’s no sense getting dramatic about all this, and no doubt it wasn’t only this one experience that set these ideas into my mind. But being blamed angrily for getting attacked and nearly drowning is a heavy experience for a four-year-old. I believe God set things up for me to discuss all this with Anne. When we prayed, Anne suggested that I go through the experience again. “But this time,” she said, “Get back into the scene and let’s ask God if he has anything to communicate regarding it.” So I did. I thought about grappling ineffectually with this big kid, pinwheeling my arms in a futile effort to stay on the concrete, then plunging into the cold water. I saw myself floating helplessly under the surface.

Then something incredible happened. I was pulled toward the surface as before, but this time, it wasn’t Mrs. Alexandria coming to get me; I was being pulled up by Jesus.  He gripped me with strong arms and lifted me out of the water until I was level with him. His manner was calm and untroubled. He didn’t seem the least put out about having to jump into the water to get me. He held me without saying anything.

I wonder how many people reject God because of experiences such as this. In the minds 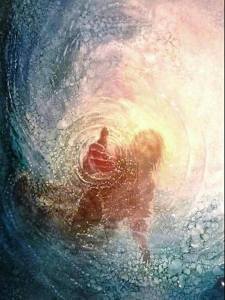 of many people (and to a great extent, in reality), authority is wielded by people and organizations who neither merit their position nor use their power honorably. The face of authority is often ugly and self-serving. As has often been observed, the human tendency is to picture God through the lens of our earthly experiences with authority (especially our parents). Those that do not enjoy a relationship with God live lives from which he is effectively removed. Consequently, for many of us, sorrow and injustice form the central reality of life and the universe. This was the twisted lesson I learned that day such a long time ago. But now I had invited God to step in and set the record straight. As I relived the ordeal, the re-write had the Savior himself jumping into the water to save me. The thing I noticed most of all? He was smiling.

I am a freelance writer by trade, philosopher and comedian by accident of birth. I am an assiduous observer of humanity and endlessly fascinated with people, the common elements that make us human, what motivates people and the fingerprint of God in all of us. I enjoy exploring the universe in my search for meaning, beauty and friendship. My writing is an extension of all these things and something I did for fun long before I ever got paid. My hope is that the reader will find in this portfolio a pleasing and inspiring literary hodgepodge. Good reading!
View all posts by Douglas Abbott →
This entry was posted in Faith and tagged authority, childhood, danger, drowning, faith, fear, formative, injustice, lies, life experiences, lifeguard, peril, rescue, terror, trauma, trust, truth, world view. Bookmark the permalink.