For those who aren’t in the loop, Chik-fil-A CEO Dan Cathy stated publicly that he and his executives “publicly support the biblical definition of the family.” Before the day was out, gay rights groups were organizing boycotts and liberal celebrities were uttering slurs against the corporation. Then, in a particularly disturbing development, Chicago Alderman Joe Moreno refused to approve a building permit for a new Chik-fil-A store in his district. He stated openly that his decision was due entirely to Cathy’s “bigoted, homophobic comments.” Even more absurdly, a Republican Party conference in Connecticut recently canceled their order of 200 Chik-fil-A sandwiches for the event, no doubt fearing that their prospective constituents might change their votes if word got out that they were buying sandwiches from the company.

I quickly became indignant as the story continued. When that happens, I wax sarcastic. “Swell, guys. Way to punish Cathy’s clearly xenophobic remarks. Can it be prudent for us to trust public figures who eat sandwiches from such an establishment? The answer has to be ‘No.’”

Skids scowled at my sarcasm. “He’s getting what he deserves.”

“Really? It’s interesting that today’s liberals don’t use the word ‘tolerance’ anymore. When you demand it, you have to practice it too.”

“Tolerance doesn’t mean being passive toward oppression and discrimination.”

“All Cathy said was that he supports the biblical definition of the family.”

“Yeah, and he’s the CEO of a huge company. You can’t tell me he’s not throwing his weight around behind the scenes. It’s quite clear that you think it’s okay to try to prevent gay people from getting married.”

“No, actually, I just think Dan Cathy has the right to say what he believes without being attacked for it. The hysterical response of gay rights groups is telling. Have you ever heard the phrase, ‘The lady doth protest too much’?”

“They may have gotten a little carried away, but gays are understandably sick and tired of having the majority impose their beliefs on them. Their rights have been overlooked for too long.”

“Actually, the majority of society has accepted gay unions. These things don’t so much as raise our eyebrows anymore. Many states have offered concessions that would treat their partnerships as equal to marriages with regard to legality, taxes, health benefits, and so on. But that wasn’t good enough for gays. ‘Civil Unions’ were rejected because gays want to force us to call their partnerships ‘marriages.'”

“Why is that so hard for heterosexuals to do?”

“I’ll answer that if you tell me why it’s so important to homosexuals that we think about them in a certain way. Respect cannot be legally coerced; it must be earned. Governments can enforce controls on behavior, not on beliefs. Meanwhile, gays think it’s okay to hate social conservatives because they figure they hated the gays first. Two wrongs don’t make a right, remember?”

“Oh really? You don’t think the government has the authority to oversee marriage? Where were you and all the hordes of downtrodden Mormons to protest the criminalization of polygamy in the 1800s? Where is the public outcry over the government’s trampling of our right as individuals to arrange our own family structures as we see fit? Someone’s really dropping the ball here.”

“You’re very funny, but I’m still waiting to hear why you think it’s okay to prevent gays from marrying.”

“I don’t. They don’t really want to get married.”

“They don’t actually want to get married. They want to commandeer the term “marriage” for its antiquity and its sacred luster in society. In their eagerness to do this, they have neglected to even examine what marriage is. They want to take home a blue ribbon for entering a cake in a pie-baking contest.”

“What are you talking about?” 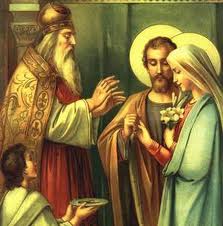 “Marriage, particularly in the West, is historically a partnership between a man and a woman. Western society has called it “Holy Matrimony” for centuries because for the better part of its history it has been a religious ceremony officiated by the Church, and most of all because its overseers and participants believed that wedding vows are an act of consecration that are heard and acted upon by God. Why would any of this appeal to a homosexual?”

“Many gays are devout, God-honoring Christians.”

“They call themselves devout by taking on a form of Christianity that has been dismantled and reworked—remade in their own image. What they adhere to isn’t Christianity anymore.”

“What arrogance! How do you have the right to judge their faith?”

“I’m not judging their faith. I’m saying what they believe in isn’t Christianity.”

“No. According to the Bible, which is the foundation of Christianity.”

“If they do, they are either reading it for entertainment or they are skipping over parts of it. Homosexuality is forbidden in the Bible.”

“That was Old Testament.”

“Anyway, who are you to say how those verses are to be interpreted and applied?”

“Have you read them? They aren’t suggestions. And contextually, they can’t be read as allegory. Those verses represent a categorical statement of truth; take it or leave it.” 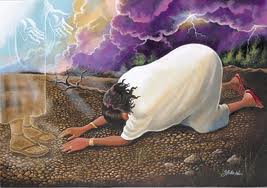 “Not for me to say. But at some point Christianity has to be taken as is, which means accepting all of Scripture, not just the manageable parts. It’s about surrender. The whole idea of religious devotion is people deferring to a higher order out of a sense of reverence for God and acknowledgement of their need of him. People don’t become Christians by assuming the title “Christian” for the social benefits.”

“I know many gays who take their religion very seriously. And anyway, how do you explain why homosexuality is accepted by so many churches? Could it be that some of you fundamentalists are out to lunch?”

“I don’t think so. What we’re seeing today is unprecedented. Up until fifty years ago, no major religion tolerated homosexuality. Now many mainline churches violate their own holy book by preaching that homosexuality is fine. They do this with a straight face because their leaders went to Christian seminaries run by dingbats who teach that it’s okay to proceed on a self-styled interpretation of Scripture. So today, you can call yourself a Christian and make up your own rules. And in many churches your ideas won’t be challenged.”

“What does any of this have to do with the regulation of marriage? Religion shouldn’t even be involved in that.”

“Except that religion is an integral part of marriage as an institution, so you can’t do away with all religious ideas when you oversee it. That’s like trying to bake a cake without flour.”

“I disagree that marriage is a religious institution. All kinds of weddings take place far from any place of worship and are performed by public officials. Marriages and divorces are subject to legal control. Governments have been involved in marriages for a long time.

“The secularization of marriage is a relatively new development that is largely a product of governments stepping in to deal with property disputes and legal issues arising from the marriage contract. But it doesn’t end there. Governments like officiating marriages. Guess why? When you have a legally recognized wedding, the government gets to tell you how to raise and educate your children. Do you really think government policies have anything to do with moral standards?”

“I would hope so, at least a fair amount of the time. But there’s always the possibility of corruption, and that’s all the more reason why bigoted homophobes like you shouldn’t be allowed to influence the process.”

“Listen to you now. It’s a good thing you don’t own a chain of fast-food restaurants. I’d have to organize a boycott of your products.”

I am a freelance writer by trade, philosopher and comedian by accident of birth. I am an assiduous observer of humanity and endlessly fascinated with people, the common elements that make us human, what motivates people and the fingerprint of God in all of us. I enjoy exploring the universe in my search for meaning, beauty and friendship. My writing is an extension of all these things and something I did for fun long before I ever got paid. My hope is that the reader will find in this portfolio a pleasing and inspiring literary hodgepodge. Good reading!
View all posts by Douglas Abbott →
This entry was posted in Marriage and tagged biblical, civil unions, definition, family, gay marriage, holy matrimony, marriage, traditional. Bookmark the permalink.