Rigors of the Day 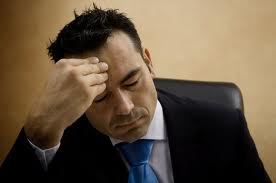 In the following article, the names have been changed to protect the guilty

It was a tense discussion in the Portland Teen Challenge office. We had run into some unforeseen difficulties over the course of the morning that exposed some alarming deficits in our daily schedule planning.

Brian spoke first: “Kermit really got the runaround this morning.”

I must have looked perplexed. “How so?”

“He was late to breakfast circle-up because he’d been forced to do his hair during morning devotions.” 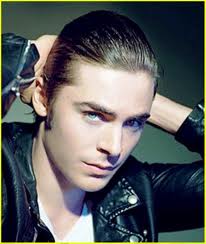 “He wasn’t able to do his hair before arriving at the Center because he didn’t have his hair products with him at the dorm.

“I can see where that would be frustrating.”

“Yes, particularly when you’re working at the box factory, which Kermit is today.”

“Of course, yes. A man’s got to look sharp at that kind of post.”

“Well, I think we really should have both regular morning devotions and Hair Devotions.”

“That might solve many problems the students have been having.”

“But what about other hygienic tasks―teeth brushing and the like?”

“Aren’t they supposed to do that at the dorm before coming over to the center?”

“Of course, yes, but far be it from us to put a crimp on those kinds of functions. Aren’t we trying to teach flexibility? God forbid that we should lack the same qualities we’re trying to teach them!”

Then Brian’s features changed, and I sensed a segue in the discussion.

“We should talk about food in the dorms.”

“Has that been getting out of hand?”

“What do you think?” Brian looked furious. “If we left them to their own devices for two weeks, the dorms would be overrun by ants.”

“They’re allowed to have food, aren’t they?”

“They’re allowed to have snacks—candy and a small bag of chips or two. I inspected the dorms yesterday and I found sodas, stacks of sandwiches, fruit, doughnuts sitting loose in drawers, crumbs scattered everywhere—who knows what all. They could probably survive for two months just on what they have over there right now.”

The discussion continued. On a more positive note, we discussed how Frederick had managed to work around considerable obstacles that morning; he was seen pulling away from the center in the work van, his elbow hanging jauntily out the window, looking like a million bucks in his Calvin Klein dress shirt, his hair slicked back, sporting Foster Grant shades. He would have been downright dashing if it hadn’t been for the prominent Teen Challenge logo on the side of the van. What a pity he was scheduled to mow lawns today after all the care he had lavished on his appearance…

It’s another day at Teen Challenge. I have to laugh, sometimes to keep myself from crying. I marvel at how, in the absence of actual hardships, we humans display such a tremendous capacity for creating them. But on the other hand, if it weren’t for this kind of stuff, what would provide us with the humorous anecdotes we need to liven things up over coffee break? Not to mention for spicing up the occasional blog article. Life is good. God gives us everything, including laughter.

I am a freelance writer by trade, philosopher and comedian by accident of birth. I am an assiduous observer of humanity and endlessly fascinated with people, the common elements that make us human, what motivates people and the fingerprint of God in all of us. I enjoy exploring the universe in my search for meaning, beauty and friendship. My writing is an extension of all these things and something I did for fun long before I ever got paid. My hope is that the reader will find in this portfolio a pleasing and inspiring literary hodgepodge. Good reading!
View all posts by Douglas Abbott →
This entry was posted in Humor and tagged humor, rigors, shenanigans, students, Teen Challenge. Bookmark the permalink.

3 Responses to Rigors of the Day