“God [set the earth’s inhabitants in place] so that men would seek him and perhaps reach out for him and find him, though he is not far from each one of us.”  –Acts 17:27

One of the most formidable obstacles to robust faith is God’s apparent absence. Despite many biblical encouragements about God’s watchful care, we live in a God-thirsty world where the typical daily experience of even devout believers is often dry and ordinary, lacking the immediate energy and life-giving presence of the Almighty. Whether God’s distance from us is a test, the residue of the Fall or simply our sin dissipating the life of the Spirit, in a very real way, God is gone from this place.

Why should there be such a separation between God and humanity? God has repeatedly made Himself known and felt on earth, has intervened in our affairs and given us the Law, the Prophets, the Tabernacle. And finally, in the fulfillment of the ages, He sent His Son to bridge the chasm between heaven and Earth.

On the other hand, the holiness and greatness of God largely prevents Him from manifesting Himself the way so many of us ache for. If God were to reveal Himself tangibly at this moment, the sinful inhabitants of the world would be incinerated. In Exodus 33, God tells Moses He is about to pass by and invites the prophet to enjoy His presence. But he may only do so from the cleft of the rock, where he will see God’s glory from behind, for as God Himself says to Moses, “No one may see me and live.” (Ex. 33:20) Isaiah speaks of the Day of the Lord and advises God’s people, “Go into the rocks, hide in the ground from the fearful presence of the Lord and the splendor of his majesty!” (Is. 2:10) When Christ revealed Himself to Paul from heaven, the light of His glory blinded the Apostle and threw him to the ground. (Acts 9:3-4) As much as God might otherwise wish to show Himself to us more directly, He cannot.

Most of us know God mainly by faith, through His written Word and by our proximity to other believers who give testimony about His work in their lives. As many have experienced, God is often felt much more palpably in situations of interpersonal significance. Hence, “Where two or three gather in my name, there am I with them” (Matt. 18:20).

All these ways of approaching God are disappointingly nebulous and usually lack the direct stimulation we crave. We proceed on bits and pieces, and even our God-given vision wilts under the pummeling of everyday life. As events prove emotionally draining and come against the good we are attempting to accomplish, it’s hard not to wonder if life isn’t generally unscripted, left to the ravages of chance. The apparent chaos of it all contradicts the declaration of Scripture: “in all things God works to the good of those who love him, who have been called according to his purpose” (Romans 8:28). There seem to be two realities at work. The biblical view is one our spirits embrace, but it bears scant resemblance to the material world that is so often blowing up in our faces. When very bad things happen, the lilting message of Scripture begins to looks unreliable, even imaginary.

All the sorrows of life constitute a single distortion—one great scar across all of human history through which Satan accuses God of being an absentee landlord. It is one of the most believable of his lies. Admittedly, in my own mind, I tend to vacillate between the promise of Romans 8:28 and a resigned, deistic view that sees God at a distance, more or less letting the chips fall where they may. What frustration to find that in spite of the cross and the ministrations of the Holy Spirit, there remains a fixed barrier between the hungry soul and its Creator.

To make matters worse, the provision of God is largely hidden from view and can be explained in natural terms. Most of our blessings are things that come through quite ordinary channels, such as food, clothing, shelter, aspects of the natural world that we enjoy, our social and cultural environments, our family and friends. All of it seems to flow out of the material universe as we adapt to it. We learn quickly how to get our needs and desires met, and God seems scarcely involved. In one provocative episode of the television series “The Simpsons,” the namesake family is saying grace before a meal. After they pray, Bart, the quintessential American juvenile wise-guy, asks why they are thanking God for their food. “Didn’t we buy this food?” he asks. 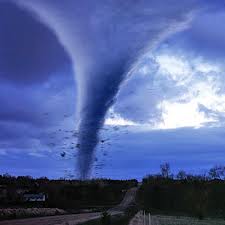 Never mind about the factors involved in the provision of jobs, the success of companies and the course of entire industries. The food we eat comes from the earth, not because we understand and manipulate principles of agriculture, but because God brings the rain and keeps ice storms from destroying crops and diseases from killing livestock. In a more basic way, God may well be performing a perpetual work at the cellular level. Perhaps the processes of photosynthesis, metabolism, growth and healing aren’t automatic, as we seem to believe. Regardless, we can’t observe God’s hand at work, and when crises, setbacks, boredom and loneliness come, it looks as though God has left us.

As many can testify, when God is manifestly present, we know it in a way that gives us goose bumps. But such occasions seem to be rare for most Christians, and the experience doesn’t stick with us as we would like. Newer Christians get a taste of it and often figure that it’s the way things are supposed to be all the time. When emotional turmoil or opposition (both human and demonic) begins to dismantle their world, they think something’s wrong, either with them, or worse (if they’re doing everything they’re supposed to) with Christianity itself. And without a doubt, if we size up the Christian religion empirically, we confront a deplorable state of affairs, particularly in America, where much of the Church is languishing in wordliness, sexual immorality, materialism and substance abuse. If we examine the church statistically, Christians in America are scarcely distinguishable from secular society (e.g., entertainment choices, alcoholism, divorce rate, etc.).

No doubt God permits all this to occur. The destructive forces of the world, the flesh and the devil will come against the believer in every way. But we cannot know what is happening in the eternal realm of the Spirit, where God is doing His work silently and invisibly right in the quagmire of human frailty. Eternal fruit is nourished mainly by our faith and trust, not by our accomplishments. More often than not, material interests are diametrically opposed to eternal progress. When the pain of disappointment and material loss strike, our job is to pray, resist the devil, obey God and trust Him to give us our daily provision, as scant as it may seem. We should recognize that our enemies and misfortunes have not succeeded in killing us or obliterating the faith we embrace. It isn’t even touching our Lord, “who always leads us in triumphal procession in Christ and through us spreads everywhere the fragrance of the knowledge of him” (2 Cor. 2:14). We must remember the things God has done for us and, in the words of Oswald Chambers, “learn to live in the grey day according to what we saw on the mount.”

I am a freelance writer by trade, philosopher and comedian by accident of birth. I am an assiduous observer of humanity and endlessly fascinated with people, the common elements that make us human, what motivates people and the fingerprint of God in all of us. I enjoy exploring the universe in my search for meaning, beauty and friendship. My writing is an extension of all these things and something I did for fun long before I ever got paid. My hope is that the reader will find in this portfolio a pleasing and inspiring literary hodgepodge. Good reading!
View all posts by Douglas Abbott →
This entry was posted in Faith, Uncategorized and tagged absentee landlord, believe, disaster, faith, God's promises, loss, pain, suffering, trouble, trust, turmoil. Bookmark the permalink.