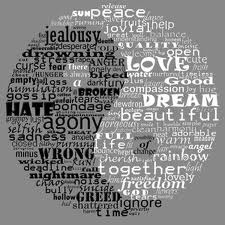 “Shall the Adversary thus obtain his end, and frustrate thine? Shall he fulfil his malice, and thy goodness bring to naught?” –John Milton, Paradise Lost

I was pondering the existence of good and evil recently. Whether it’s because I’ve been battling the blues or for some other reason, I’ve permitted myself to ask the unthinkable: Is good real?

At the outset, I have to explain that this was a bit of philosophical rumination that has nothing to do with what I know in my spirit. I wanted to explore the topic from a strictly intellectual standpoint. Besides, I was feeling so down that it provided me a bit of morbid enjoyment to question how things are being run here. Personally, I often feel that this world is a colossal clown show where people get hurt over common negligence and irresponsibility, quite apart from the deliberate evil that is perpetrated. It often looks as though a great many unprincipled people are permitted to go blithely through life, causing great suffering and getting off scot-free. I like to imagine what it would be like if, in order to address the evil that normally goes unpunished, we had formidable characters in black suits with badges that went around cracking heads. I would apply for a position with them.

But back to the question. It’s obvious from walking through the world for one day that evil is real. But good is harder to find. It is rare and seems to be ever on the losing end of the day’s news. But is it real? Is it more true and central to the nature of the universe than evil? I have to conclude that it is.

For one thing, I’ve read C.S. Lewis’s Mere Christianity and Lee Strobel’s The Case For Faith among other books that explore this topic, so I already have a fair vocabulary in the discussion. And of course this article is only the briefest synopsis, but here goes.

To recap Lewis’s perspective, evil can only be identified as bad if we possess an instinctual and transcendental sense of good. Bad is a revolt against good and cannot stand alone. The fact that we know what wickedness is and loathe it is undeniable evidence that good is alive and well. There is much more to it, but that is the gist of it.

Everything evil that we see is really an attempt to achieve something good by going through the back door. Every one of the seven deadly sins is an exaggeration of a good and proper impulse to get what we need and desire. Pride is a bloated distortion of the desire to feel vital and valuable. Greed is an exaggeration of the need to sustain ourselves. Gluttony is an exaggerated appetite, and so on. Every sin is trying to do the right thing the wrong way or without balance and restraint. The sin lies in our permitting our desires to shunt aside the rights of others; failing to put others ahead of ourselves; making our own prosperity a greater priority than morality or godliness(idolatry); refusing to trust God and be content with what He gives us.

Strobel points out that if we can say, “There is far too much evil in the world to believe that good exists,” we can also say, “There is too much good in the world to conclude that evil is all there is.” No one disagrees about the existence of evil. We see how awful it is and how widespread. What could keep it from completely eliminating good unless good were indestructible?

With all the sorrow, famine, pestilence, hatred and destruction going on, you would expect it had consumed the earth by now. But it hasn’t. In spite of those things, there is still joy, sustenance, health, love and prosperity happening on the same earth where the bad things are going on. You can go to the most hideous, stricken, squalid city on the planet, and you will still find people smiling and wanting to live.

There’s more, but the reader will have gotten the idea by now. Good cannot be destroyed. The fact that it cannot serves up powerful evidence of a good, invincible God behind it all.

I am a freelance writer by trade, philosopher and comedian by accident of birth. I am an assiduous observer of humanity and endlessly fascinated with people, the common elements that make us human, what motivates people and the fingerprint of God in all of us. I enjoy exploring the universe in my search for meaning, beauty and friendship. My writing is an extension of all these things and something I did for fun long before I ever got paid. My hope is that the reader will find in this portfolio a pleasing and inspiring literary hodgepodge. Good reading!
View all posts by Douglas Abbott →
This entry was posted in Philosophy and tagged bad, benevolence, evil, God, good, good and evil, philosophy, wickedness. Bookmark the permalink.