What a Friend We Have in Jesus 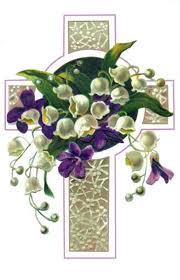 I saw a unique documentary a few years ago that came back to me vividly last night. It was the story of how four well-known traditional hymns came to be written. It was no light, casual exploration of the creative process. In three of the four accounts, the hymns were conceived in the crush of life-altering experiences. 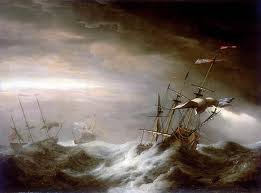 John Newton was on the deck of a merchant ship as it lurched about at sea during a storm. He was a slave trader, the captain of the vessel, and there was human cargo aboard as a great gale threatened to reduce the ship to splinters. He saw the likelihood of his own death, and suddenly he was afraid for his immortal soul. He cried out to God, who presumably came, because within a few years he was a theology student on his way to becoming a clergyman for life. Along the way, he penned his famous hymn about sin and redemption, which was published in 1779.

No doubt the “Amazing Grace” story is compelling, but the latter two stories are the real jaw-droppers.

It Is Well With My Soul 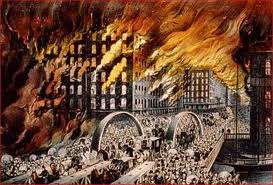 Horatio Spafford endured more than his share of misfortune. In 1871, his only son died at age four. Shortly afterwards, the wealthy attorney was ruined when the bulk of his vast real estate holdings were destroyed in the Great Fire of Chicago.

Spafford was determined to rebuild his fortune. Two years after the Great Fire, he was set to embark on a business trip across the Atlantic. Delayed in Chicago, Spafford sent his wife and four children ahead on an ocean liner, promising that he would follow soon after. But the voyage was doomed. The ship he had placed them on was sunk after colliding with another vessel. Spafford’s wife survived, but all four children were drowned. When Spafford received the awful news, he sailed out to meet his grieving wife. On the way, he was moved to write the now-famous hymn.

What a Friend We Have in Jesus

This perennial favorite was written by Joseph Scriven as a poem in 1855. Many have offered similar sentiments, but few have expressed such warm confidence in God through the kind  of adversity he faced. 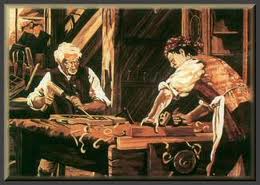 Scriven, if memory of the film serves, was a cobbler. He lived hand-to-mouth, but he cheated no one, and he gave of his time and scarce means to help the less fortunate. He led a simple life, even by 19th-century standards. He had his beloved Savior, his work and the love of a beautiful woman. She was gentle and godly, and her eyes sparkled whenever she saw him. They were engaged to be married, but not long before the wedding she died of a mysterious illness. Not much is said about how Scriven reacted to the tragedy, only that his life went on much as before. His faith was unshaken.

As the years went on, his heart began to mend, and eventually he met and fell in love with another girl. If anything, he was more smitten than before, and with good reason. I recall the Daguerreotype photograph shown in the film. Scriven’s lovely lady was fire-eyed and ravishing. When he proposed marriage, she accepted, and the date was set. But tragedy struck again. A bizarre accident took the life of his beloved. When he learned what had happened, Scriven went home, closed the drapes and began praying. Sometime later, he penned the classic hymn.

I can’t fathom going through what Scriven did, and admittedly I wonder if I would be able to trust God after such an experience. I suppose God Himself gives grace upon grace in such circumstances. Surely it is only God’s grace that enables us to come to Him in the first place.

I am a freelance writer by trade, philosopher and comedian by accident of birth. I am an assiduous observer of humanity and endlessly fascinated with people, the common elements that make us human, what motivates people and the fingerprint of God in all of us. I enjoy exploring the universe in my search for meaning, beauty and friendship. My writing is an extension of all these things and something I did for fun long before I ever got paid. My hope is that the reader will find in this portfolio a pleasing and inspiring literary hodgepodge. Good reading!
View all posts by Douglas Abbott →
This entry was posted in Tragedy and tagged classic hymns, grace, inspiration, suffering, test of faith, traditional hymns, tragedy. Bookmark the permalink.

1 Response to What a Friend We Have in Jesus