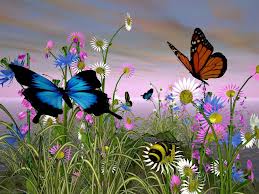 “If it weren’t for women, men would still be wearing last week’s socks.” –Cynthia Nelms

Many years ago, over the course of a single summer, I experienced a sort of social metamorphosis. It happened because fate saw fit to throw me together with one of the gentlest people I have ever met.

It was high summer in Anchorage, Alaska. I was 26 years old and basically responsible. I worked steadily, paid the rent, etc., but was essentially lost and quite unhappy. Because of many years of disruptive circumstances during my upbringing, I was stunted socially and in a state of isolation, such that I was cut off from others emotionally. I enjoyed people only in a marginal, detached way and was suffering profoundly as a result.

Materially, I was in great shape. I had not one, but two, jobs. In one of the most explosive coups of my entire life, I had landed both jobs on a single day as I went through downtown Anchorage handing out resumes and shaking hands. My best job was working as a banquet server at the Captain Cook Hotel, the most elegant 4-star establishment in Alaska. The money was great, and I was starry-eyed with the prestige of working there. I had never worked in such a clean, professional environment. The best part was that my finesse had caught the attention of the Food and Beverage Director, whose recommendation landed me a promotion up to the hotel’s flagship restaurant, the Crow’s Nest, which took up the entire 20th floor of Tower Three. I spent the whole summer making gobs of money in the fanciest restaurant I had ever set foot in, enjoying views of the Cook Inlet and the Chugach Mountains, snacking on Sevruga caviar and fresh-baked sourdough bread. It was one of Anchorage’s go-to spots for the well-to-do; one sunny evening I waited on John Travolta and his entourage.

When time permitted, I served banquets at the Egan Convention Center, my second job. It was the perfect complementary gig, since you could turn down any shift that you pleased. All the servers had full-time jobs elsewhere, so they were used working with our leftover time. The wages were high and the stress was low. I worked with a hodgepodge of vibrant characters from all over Anchorage. The atmosphere was consistently festive and jocular.

It was at the Egan Center that I met Tiffany, an attractive woman in her early twenties. She had a slender physique, big brown eyes and long, brunette hair. I remember that she didn’t seem to mind when I caught her looking at me. I wasn’t making any attempt to get closer to her or even to make her a part of my life. It just happened that we occupied the same space often enough that she was able to penetrate my longstanding “lone wolf” mode.

I found Tiffany to be a remarkably gentle person. She was unusually sensitive and showed endless patience with my clumsy social comportment. Because of her ministrations, I was able to begin emerging from my self-imposed exile while I was around her. I began seeking out her company on a regular basis, and for a time, we were a couple of sorts, though innocuously paired. We saw plenty of each other, both at work and away. We went on road trips, watched movies together or hung out at her place and played board games. For as long as I could remember, social situations had meant hard work for me. But in a startling development, I discovered that I was actually relaxing in Tiffany’s presence. It was a completely new experience for someone who was normally so awkward with women.

I didn’t realize it for several years afterward, but what was happening to me was producing a metamorphosis in me. Some dormant part of my heart was reactivated that summer. Being with this soft woman allowed me to let my spirit out to play with others in a way I could not remember having experienced before. I don’t believe it is an overstatement to say that I joined the human race that summer. I have a strong suspicion that God put Tiffany in my life for this very reason—this at a time when I wasn’t even acknowledging Him in my affairs.

I’ve lost touch with Tiffany, but I know that she ended up getting married. I saw her a few times at banquets and receptions over the years. About ten years ago, I was on the verge of accepting a position at a company called Assets, Inc., where she worked. In fact, she was the one who hired me! But some insurance snag prevented me from taking the job. I wonder if she has any idea what a profound impact she had on my life. To this day, when I think about Tiffany I experience a rush of tender feelings, and I can see her sweet, smiling face. The memory takes me right back, like a bookmark in my soul.

I am a freelance writer by trade, philosopher and comedian by accident of birth. I am an assiduous observer of humanity and endlessly fascinated with people, the common elements that make us human, what motivates people and the fingerprint of God in all of us. I enjoy exploring the universe in my search for meaning, beauty and friendship. My writing is an extension of all these things and something I did for fun long before I ever got paid. My hope is that the reader will find in this portfolio a pleasing and inspiring literary hodgepodge. Good reading!
View all posts by Douglas Abbott →
This entry was posted in Love and tagged bumbling, couple, introvert, metamorphosis, patient, romance, sensitive, social, woman. Bookmark the permalink.